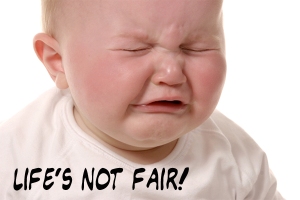 This question raises a lot of resentment in the heart of one who works hard to live for God and please Him. Often the short-term reward for such commitment is disappointing. In fact it can even inflame us against God Himself.  Asaph spoke about this troubling thing in Psalm 73. Asaph was David’s music director. He was a faithful believer and walked close to God as he led others in worship. Yet he confessed in Psalm 73:2 “My feet had almost sllipped; I had nearly lost my foothold.”  Why did he make that candid confession? What was happening to him?  He had noticed how well the wicked were doing in life, despite their evil life-style. It appeared to him that God was allowing the wicked to do well. God seemed to be much kinder to the enemies of God’s  people than He was to His own people. Asaph’s struggle was like many of ours: Why keep putting yourself out for God and living a pure life if God is not going to deal with the wicked? Where is the justice or fairness in that?

Recently I was reading something Colin Smith observed in his little book entitled Jonah: Navigating a God-Centered Life: “They were angry with God about grace.”  God reminds us that he causes the rain to fall on the just and the unjust [Matt. 5:45].  The blessings bestowed on the wicked are the result of the grace of God that could lead to their repentance.  The next time we get a bit “ticked off” about how well God seems to let my wicked neighbor do, let’s stop and think about the overwhelming grace we have unworthily received. Then, pray for our neighbor that God’s grace on him would lead to his salvation. And let’s not be angry with God about grace. Think it thru